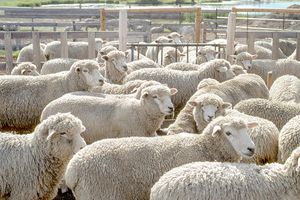 What is animal husbandry

Animal husbandry is taking care of, breeding and rearing livestock. Cattle husbandry has been around for more than 10,000 years. Many of the animal husbandry practices are traditional and knowledge being passed on in families of farmers. In most families children are also involved in husbandry especially tending animals. Now there is education and research about animal husbandry and specialists are addressing to specific problems.

Ever since man started domesticating animals, their husbandry has been in practice. Many archaeological sites dating back to 5000 Bc and earlier have evidence of domestication of animals like sheep, goat, cattle, chicken, horse and water buffalo and their husbandry.

Earlier animal husbandry was nomadic and fundamentally intermixed with the way of life of nomads. This type of nomadic animal husbandry did not have any complementary association with working on the land or agriculture. It basically depended upon access to water sources and moving on to new sources when water holes dry up.

Large herds of wild herbivores, in order to avoid water and food shortages, seasonally move from one place to another and when the favorable season sets in, return to the orginal place. Human beings also have been doing the same and this seasonal movement of people with their herds between fixed pastures is called transhumance. For thousands of years people have been organising the transhumance husbandry of cattle mostly for better seasonal pastures.

The transhumance husbandry of cattle is either vertical or horizontal. In vertical movement the herds are taken up the mountains in summer for better grazing opportunities and are brought back when the winter sets in. For similar reasons horizontal herd movement are also made; sometimes for trade. However horizontal transhumance is disappearing with better transport facilities like railroad and roads. Herdsmen are transporting their animals on rail or road transport.

Sedentary animal husbandry is an essential characteristic of areas of abundant natural water and food resources throughout the year. It may be practiced in association with working the land.

The traditional practices in husbandry are getting replaced by modern techniques. The size of the herd and ranch have greatly increased with herdsmen tending their herds on horses and vehicles. Apart from the herdsmen, the modern farms and ranches employ veterinarians to look after the health of the herd and farmhands and dairymen to feed, clean and milk animals.

Artificial insemination is one of the greatest achievements of modern animal husbandry. It is a powerful tool for livestock improvement as genes of high quality bulls can be propagated widely. It is cost effective in the sense that there is no requirement to maintain breeding bulls in the farm.

Pesticides are being used to control many type of external parasites in the husbandry practices. Blood sucking flies and insects like black flies, horn flies, horse and deer Flies, sand Flies and biting midges, stable Flies, mosquitoes, ticks and lice take a big toll on farm productivity by causing weight loss and reduced feeding in animals. Presently a variety of pesticides are available targeting specific parasites. With the approved types of pesticides, production loss can be controlled without detrimental effects on the animal as well as consumers.

Modern milking machines are another boost for dairy production. They can milk cows quickly and efficiently. The milking machine has many advantages like being easy to operate, low in cost inputs and saves time as up to two liters can be milked in a minute. Modified milking machines suitable for buffaloes are also available.

Animal husbandry involves animal welfare as those people who rear animals for benefits and profits have to take care of the welfare of their animals. We have to give a positive environment to the animals for better produce as animal production is directly linked to the health of the animals.

The assessment of the whole concept of animal welfare and husbandry, though can be carried in a scientific way, also involves values and ethical decisions. Ethical values guiding us on how animals have to treated should be related to science in order to evolve an animal husbandry practice taking care of animal welfare.

Greenhouse gases like Methane (CH4) are produced by ruminant cattle, buffaloes, sheep and goats during their digestive process. It is a greenhouse gas and remains in atmosphere for 10-15 years. Methane traps heat in the atmosphere twenty times more effectively than carbon dioxide. The global annual emission of methane by ruminant livestock is about about 80 million tones.

It is 28% of methane produced by human related activities. Though some of our protein requirements are sourced through milk, milk products, meat and meat products, the negative aspect of global warming due to greenhouse gas emissions may be devastating. Practicing improved livestock management methods may help the environment.

Some of the precautions to be taken are washing hands with microbicidal soap after contact with animals, wearing gloves while tending cattle, avoiding unpasteurized milk and milk products, cooking meat products to boiling point, washing hands with disinfectant after handling raw meat and washing utensils used for cooking meat products with hot water.

Now the animal husbandry is at cross roads and only effective environment-friendly husbandry measures can further the progress.